ValdegovÃ­a is situated in the district of the Alavese Valleys, in the Cuadrilla (county) of AÃ±ana, one of the seven historical regional divisions of Ãlava.

Passing through AÃ±ana on the way to ValdegovÃ­a, you will come across various other municipalities whose charming natural areas, fascinating historic buildings and unique architectural wonders are just waiting to be discovered.

On the border with Castile and LeÃ³n and near the city of Miranda de Ebro are the municipalites of ArmiÃ±on, Berantevilla, Zambrana and Ribera Baja. The principal city among these is Rivabellosa, where the administrative body of the Cuadrilla de AÃ±ana has its seat. Another notable municipality in this area is LantarÃ³n, well-known for the village of SobrÃ³n, an important area of natural beauty. Heading north along the A8 towards Bilbao, our route takes us past Ribera Alta and Kuartango, notable for their stunning scenery and beautiful forests. And of course, we can't miss IruÃ±a de Oca. Best known for its Salt Valley, IruÃ±a de Oca is the municipality which has put AÃ±ana on the map more than any other. Our route towards Vitoria takes us through Nanclares, its principlal city.

Below is our selection of the 'must-see' tourist spots in the AÃ±ana district: 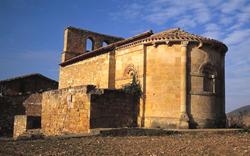 The urban quarter of Berantevilla has been designated a historical heritage site, and makes a fascinating visit. The houses are emblazoned with the owners' coats of arms, giving the area a noble aspect and the careful, rectangular ordering of the houses around the five main streets is scarcely less lordly.

A visitor to Zambrana should not miss the opportunity to explore the 'Castle Route' between Portilla and Lanos de Ocio. The Lanos de Ocio castle sits on top of a mountain, watching over and visually dominating the Ocio area and River Inglares Valley. Its stone walls are even now almost completely impregnable. The castle consists of a keep and bailey (enclosed courtyard). Parts of the outer ramparts were, in old times, flanked by fortified towers. The tower was constructed, and then rennovated as far back as the 11th century. It underwent contant changes and improvements up until the 15th century, when it was abandoned. Nowadays, its ruins are carefully preserved. 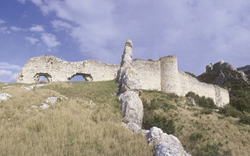 The Portilla castle is also built from stone. It was very important in the 11th and 12th centuries, playing a key role in the defense of the Kingdom of Navarra. By the 13th century, however, the Kingdom of Castile had achieved dominance and with the cessation of skirmishes, the castle lost its relevance.dores fueron abandonÃ¡ndolo desplazÃ¡ndose a los valles.In time, its inhabitants abandoned it in favour of the valleys. Moreover, the defence of the area was not solely focussed around the castle; the whole Portilla settlement was fortified. By the 14th century, the castle was completely unpopulated. Nowadays, the ramparts are still protected by fortified towers and a moat, cut into the rock. 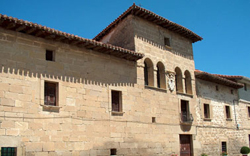 A visitor to Rivabellosa (Ribera Baja) will find the SaÃ©z de SantamarÃ­a Palace well worth a vist. The Palace is a Renaissance-era masterpiece, boasting a tower with a round arch covered balcony, each arch divided in two by a coat of arms inscribed with the Pinedo de Albiz family motto: 'credo in unum deum'. On the lintel of one of the windows, you can spot a small shield, emblazoned with a tree with spreading roots and the three Salazar stars.

The courtyard garden is designed in the pre-Romantic Rennaissance style, maintaining the geometric square shapes of the traditional medieval Spanish garden. The layout is contemporary to the 17th century consturuction of the current house; the four squares are delineated with stones which form two crossed paths, lined by old boxwood hedges.

A highly recommended attraction in the areas of Ribera Alta and Kuartango is the beauty spots in the Arcamo Mountains and the Badaya Mountains. From Kuartango, the Bujerro mountains seem to be a great protective wall, enclosing the southern part of the valley and with it the towns of Arriano, Luna, Guillarte, ArchÃºa, Santa Eulalia, Zuazo and Apricano. The great pyramid of Mount Marinda looks down imposingly from the north, and to the east, the Badaya Mountains separate Kuartango from the Alavese Plain. The southern foothills shelter the rosary of tiny villages in the Lacozmonte corridor: Fresnedo, CÃ¡rcamo, Guinea, BarrÃ³n, Artaza, Escota, Ormijana and Morillas. The Arcamo Mountains meet the northern Badaya Mountains at the Techa Pass and the Bayas river brings waters from the Gorbea foothills to Techa. The highest peaks of the Arcamo Mountains are Cruzeta (1,164 m), Montemayor (1,097 m) and Repico (1,184 m). 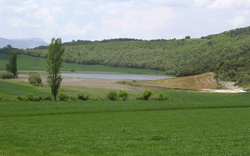 If you visit LantarÃ³n, you must make sure to visit the natural beauty spot at SobrÃ³n, and the enchanting Caicedo-Yuso Lake. The spectacular landscape of SobrÃ³n makes it a truly delightful destination; the area is sharply contoured, shaped by the River Ebro which continues to mould the SobrÃ³n gorge, joining the Tobalina Valley with the Miranda de Ebro Depression. The town is divided into two halves; SobrÃ³n Alto (Upper SobrÃ³n), up in the mountains, and SobrÃ³n Bajo (Lower SobrÃ³n), next to the River Ebro.

The Caicedo-Yuso Lake is a wetland of vital importance, since it forms a complete, unique ecosystem of great ecological value. 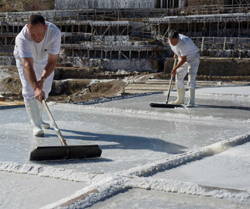 As is logical, one of the key sights of the AÃ±ana Salt Plains is the Salt Valley, a designated Historical Monument. You can visit the Valley under an 'open for works' understanding, in that the visitor can visit the salt fields that are undergoing the recovery stage of the process. What's more, the modern baths allow visitors to take the waters and enjoy the healthy benefits of the brine. Salt is obtained by evaporation, which takes place during the summer months.
Nowadays, salt is experiencing a boom and is very much in demand by all of the top restaurants.